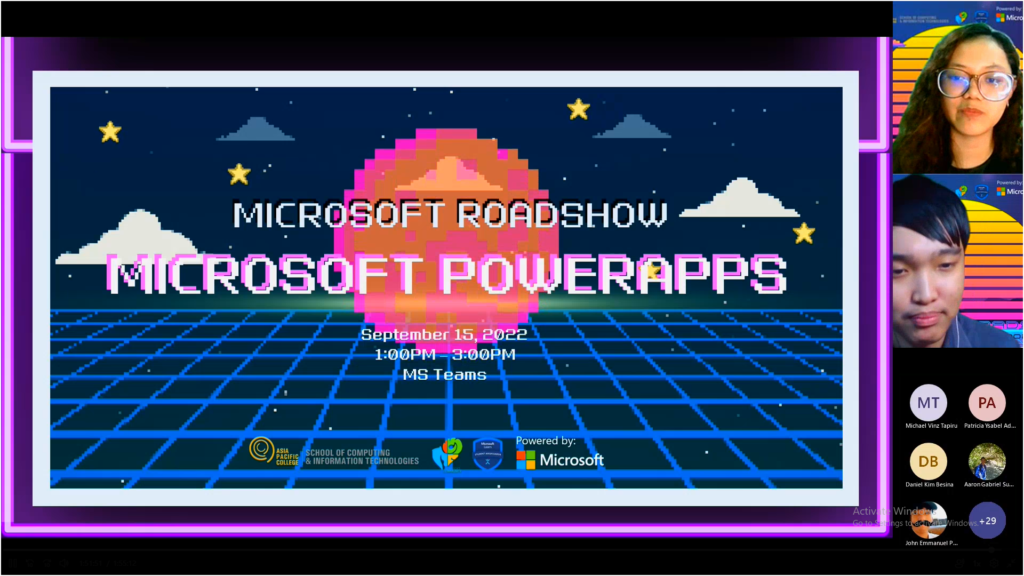 The program officially started with an icebreaker called Connect the Dots: Microsoft Edition, in which the attendees have a chance to guess the pictures and win prizes sponsored by Microsoft, where five participants won.

After the icebreaker, Mr. Garcia talked about the Microsoft Power Platform, which consists of Power Apps, Power Automate, Power BI, and Power Virtual Agents. After that, he showed the different tools Microsoft PowerApps has and how to use them by making a Canvas app in real-time. He showed how little to no code in developing apps using PowerApps.

He finished his discussion by showing the app’s results and asked the students questions about the things he discussed.

During the Q and A session, the attendees asked Mr. Garcia how flexible Microsoft PowerApps could help them make their innovative ideas possible.

The program concluded with a raffle in which five attendees won Microsoft merchandise.